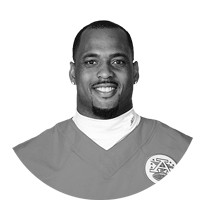 Derrick Johnson played 14 seasons in the NFL. He was drafted by the Kansas City Chiefs with the 15th overall selection in first round the 2005 NFL Draft. In 13 seasons with the Chiefs, he made four Pro Bowls. He finished out his career playing one season with the Oakland Raiders before signing a 1 dya ceremonial contract with the Chiefs in order to retire with them.

In college Johnson was one of the most dominant linebackers in Texas Longhorns history. A first-team All-Big 12 selection in 2002, 2003 and 2004, a consensus first-team All-American in 2003, and unanimous first-team All-American in 2004 Johnson’s collegiate career was illustrious. Following his senior season, he was also recognized as the Big 12 Defensive Player of the Year, and received the Dick Butkus Award and Bronko Nagurski Trophy. The Texas Longhorns finished 11–1, and defeated the Michigan Wolverines 38–37 in the 2005 Rose Bowl. 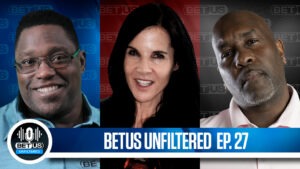