NFL Hall of Famer Warren Sapp and his co-host NFL and TV veteran Brian Jones debate a number of topical subjects with former NFL player Kenyon Rasheed on BetUS Unfiltered #009, for you to vote on who brings the best argument. In this special Thanksgiving Edition, sometimes the choice may be to pick who is the most entertaining with all three bringing it with plenty of laughs and UNique stories that only guys at their level are able to pull off. These UNtold stories (for a reason) range from the world of sports to life lessons in a world of opportunity not as every day as they make it seem on BetUS Unfiltered. It is a real treat to feel like you’re in that room with them laughing and trying to keep up with this barrage of lightning barbs exchanged in such an UN-Censored, UN-Restrained, and UnCut way. It is quite refreshing, actually! 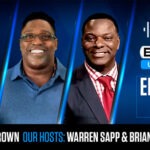 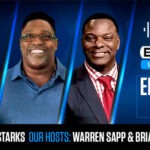 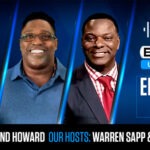